You are here: Home » Anecdotes 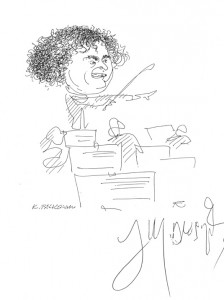 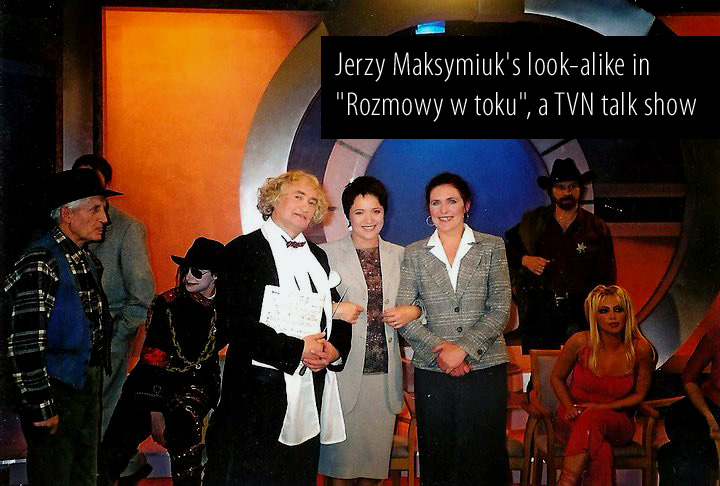 The Wellington Hotel in New York City, at the beginning of his career. Mr Maksymiuk goes up in an elevator operated by a black man. He tries to start conversation, as he is used to, obviously in English. The black man does not reply. Mr Maksymiuk carries on. Finally, the black man gets a bit impatient, waves his hand and says: „I don’t speak French”.

Another linguistic qui pro quo occurred when an EMI executive came to Warsaw to possibly offer Mr Maksymiuk a contract. As Mr Maksymiuk was only beginning to learn English, someone told him that after a meeting he should say “Nice to meet you”. But the phrase that he actually used was… “Nice to eat you”.

Mr Maksymiuk receives congratulations in his dressing-room after a concert. Half-undressed, his shirt wet after an energetic performance, a towel on his shoulders, and suddenly he shouts at journalists: “You want a scoop? Here it is: shoes disappear in this philharmonic, I cannot find my shoes!” After a pause for thought: “I may have left them at home…”. It turned out that the shoes were hidden under a shirt on a hanger. By the way, he was conducting that concert wearing shoes borrowed from one of his musicians.

Queen Fabiola and her entourage arrived at a Polish Chamber Orchestra concert in Gent. Mr Maksymiuk ruined the whole etiquette by kissing the Queen’s hand. All the musicians, somewhat automatically, followed the Maestro’s example. Fortunately, the Queen was actually delighted.

During a US tour Mr Maksymiuk got interested in a bootblack’s job. The man told him how to professionally clean shoes and then, asked by the Maestro, equipped him with all the shoe-cleaning accessories, such as polish, brushes and applicators. Mr Maksymiuk practiced his newly acquired skills on the shoes of Mr Wybrańczyk, the orchestra manager, during a bus ride to the hotel. When the trip came to an end, Mr Maksymiuk’s white pullover was smeared with shoe polish. Receptionists at the hotel couldn’t take their eyes off him, while Mr Maksymiuk’s eyes were fixed on the shoes. He explained that he hadn’t been looking for an extraordinary shine.. “I polished the shoes better than usual. It should also apply to the orchestra’s quality.”

When Neville Marriner came to Warsaw in 1982 with his orchestra, Mr Maksymiuk for whom Marriner was close to God (he allegedly said about the Polish Chamber Orchestra “Watch out for these guys: they are treading on our heels!) decided to a throw party for the visiting band as the authorities were not keen to sponsor any celebrations. A party for a few dozen people (two orchestras) was held at the Bristol Hotel. Maksymiuk paid the bill. Totally unaware of the situation, Mr Marriner asked the host to thank the Minister of Culture for such a spectacular reception.

With the money earned for a number of film scores Mr Maksymiuk bought – as one of the first people in Poland – a white BMW. The car soon looked as if it had several accidents. It turned out that Mr Maksymiuk had thought a slalom between the trees would be a perfect driving lesson for his tutor, Professor Bogusław Madey.